If only he could tell his story 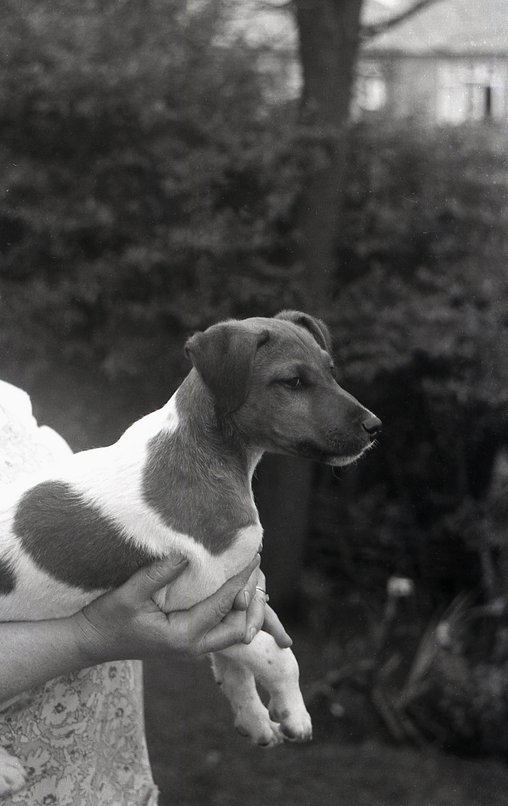 The name suited our little Jack Russell dog as he was always getting himself in a pickle. This is a true story about our little dog  who went missing for almost a year.  Although we only know the beginning and end of his adventures and can only surmise what happened in between, I think this story shows just how amazing these little dogs can be.

It was one Friday when he didn't return home.  We weren't too worried as this wasn't the first time he had gone missing, and there was always a kind neighbour who would bring him home after finding him curled up in their cupboard fast asleep.

Saturday and Sunday came and went and we were beginning to worry. Could he have been shut in a neighbours shed, perhaps in a spare bedroom, was he hungry and thirsty.  We spent Sunday evening knocking on doors and the whole neighbourhood were out calling him but he didn't show up.

Monday morning the workmen arrived to inform us that they live and travel from Liverpool and stay in BB during the week. The driver of the van was distraught and very upset explaining to us that Pickle had gotten into the back of their van on Friday, traveled to Liverpool with them and when he went to remove some things from the van Saturday morning, Pickle jumped out and ran off.

Before I go into this, I must tell you that since his return, I have read everything to do with dogs, from the age of 10, I have read and learned the latest knowledge on where they came from and how they have evolved, read up on every breed I met,